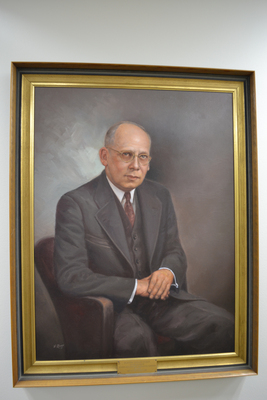 Denton Edward Rebok served as the second president of the Seventh-day Adventist Theological Seminary from 1943 to 1951. He was an educator, administrator, and author for 44 years. He worked as missionary in China for 23 years. He taught at Washington Missionary College, and later was asked to be president of Southern Missionary College (1942-1943). He served as the General Conference secretary and general field secretary. He also served as chairman of the E.G. White Publications Board.