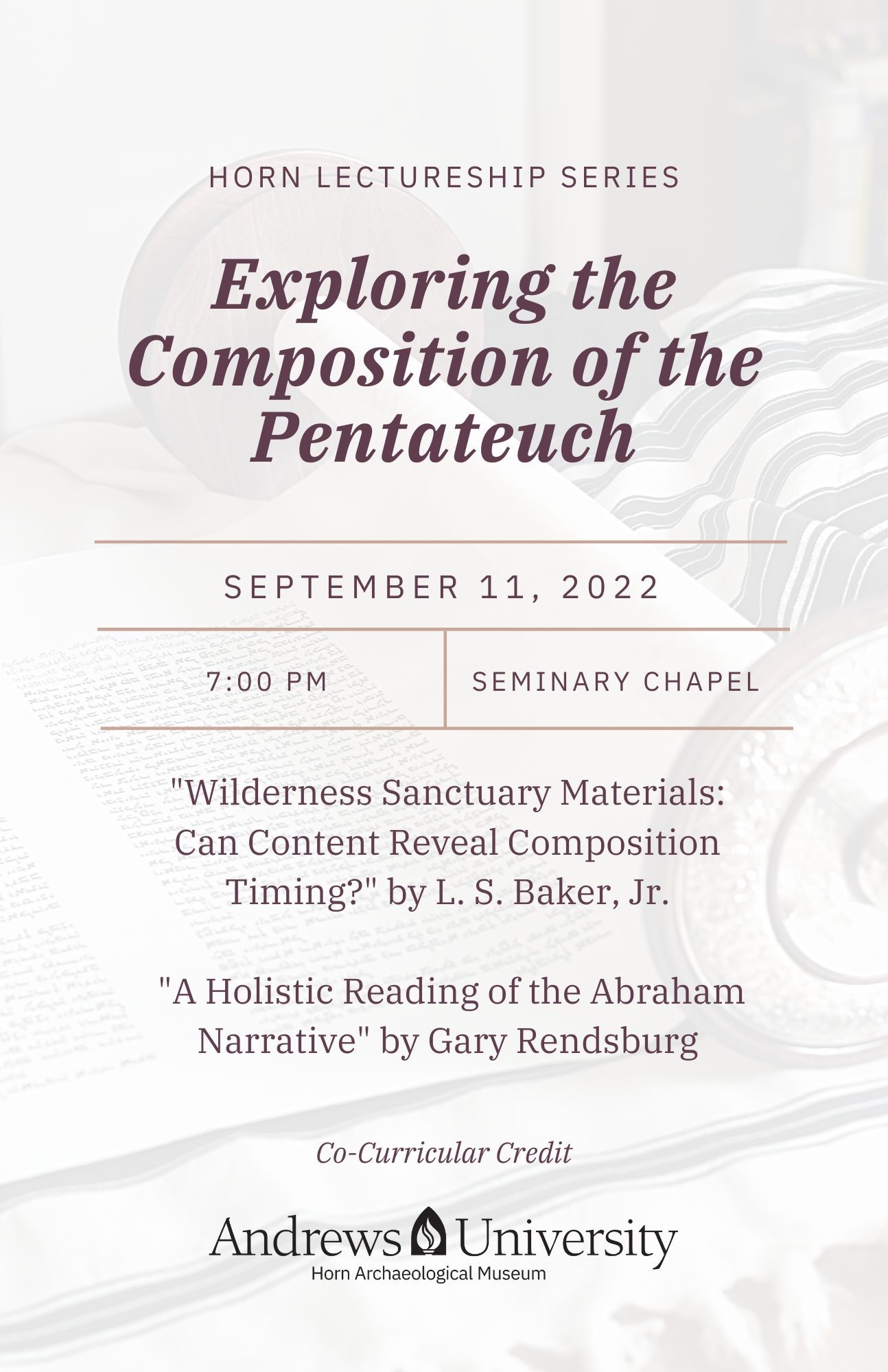 The Dating of the Pentateuch

Dr. Block is the author of more than one hundred scholarly essays and numerous popular articles on biblical texts and subjects. His most significant publications include a major two-volume commentary on The Book of Ezekiel (Grand Rapids: Eerdmans, 1997, 1998), and a weighty commentary on Judges and Ruth (Broadman & Holman, Nashville, 1999), a commentary on Obadiah: The Kingship Belongs to YHWH (2014), and For the Glory of God: Recovering a Biblical Theology of Worship (2014). Other publications include a full length commentary on Deuteronomy (NIVAC, 2012), two volumes of essays on this book, How I Love Your Torah, O LORD! (2011); The Gospel according to Moses (2012); Ezekiel’s Hope: A Commentary on Ezekiel 38-48in conversation with Jacob Milgrom (2012); By the River Chebar: Historical, Literary, and Theological Studies in the Book of Ezekiel (2013); Beyond the River Chebar: Studies in Kingship and Eschatology in the Book of Ezekiel (2013). His new commentary on Ruth: The King is Coming (Zondervan) will appear in the fall of 2015 in the Zondervan Exegetical Commentary on the Old Testament series for which he serves as senior editor). He played a major role in the production of The New Living Translation of the Bible (2004), serving as General Reviewer for Genesis-Deuteronomy and advisor on the book of Ezekiel. He is an active member of the Evangelical Theological Society and the Society of Biblical Literature, and served as President of the Institute of Biblical Research from 2001-2006.

Dr. Block and Ellen, his wife of forty-nine years, are both native to Saskatchewan, Canada. They have two adult children, a daughter Jonelle (married to Douglas Yates), and a son Jason (married to Carolyn Ratzlaff), and six grandchildren.