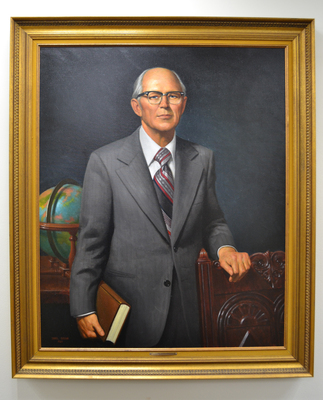 Leroy Richard Hammill was president of Andrews University from 1963 to 1976. Under his administration, the University grew from a small institution in 1964 with a $4 million budget to one with a $20 million budget in 1977. Most of the major buildings on campus were built during his tenure. Full accreditation was attained at all degree levels with the North Central Association of Colleges and Secondary Schools during his administration. Hammill’s career began with a pastoral ministry on a Skokomish Indian Reservation and, went on to other Washington pastorates. He also served as missionary to Vietnam, teacher, associate director of the General Conference Education Department and General Conference vice president.