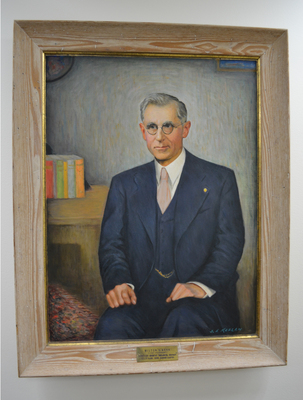 Milton Earl Kern was the first president of the Seventh-day Adventist Theological Seminary in 1936. He already served as dean of the Advanced Bible School, the precursor of the Theological Seminary, in 1933. In 1943, he became field secretary of the General Conference and president of the board of trustees of he Ellen White Publications. He retired in 1950, remembered as the pioneer head of the youth movement in the Seventh-day Adventist Church.