Dressing the Girl/Playing the Boy: Twelfth Night Learns Soccer on the Set of She's the Man

She’s The Man (2006), Andy Fickman’s adaptation of Twelfth Night, pulses with the Title Nine girl power that found cinematic voice and financial reward in Bend It Like Beckham (2002). Creating a pretext for the play’s gender swapping by entering the world of high school soccer, She’s the Man exploits conventions associated with the teen film genre–social group conformity and anxiety, crisis of identity, divorced parents, and ineffectual authority figures. Shakespeare’s cross-dressed heroine Viola becomes Viola Hastings played by Amanda Bynes, for whom this film serves as a star-vehicle showcasing Bynes’s comedic range. In some ways, the film intensifies the play’s famous exploration of gender as a system of interchangeable and arbitrary social constructs. Three strategies employed by the film offer initial demonstrations of the permeable boundaries between gender identities, but, ultimately, these strategies never allow the gender switch to become so convincing that it threatens to destabilize long-held categories of difference. Bynes’s simultaneous performance of feminine and masculine asserts the undeniable existence of Viola’s “true” or essential self, a self that cannot be altered by the part she plays, the clothes she wears, or the social expectations she battles. As in so many teen films, the theme of “being true to yourself” emerges as a far more important message than the young woman’s rebellion against gender constructs that prevent co-ed soccer teams and confine women to the dainty and archaic practices of debutante coming-out balls. Viola’s ability to maneuver two kinds of balls–the soccer and debutante varieties–serves not to question practices of patriarchal authority but to reinforce the teenage fantasy of a stable and independent self. 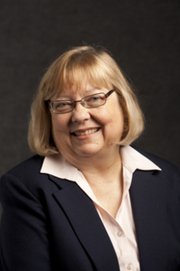