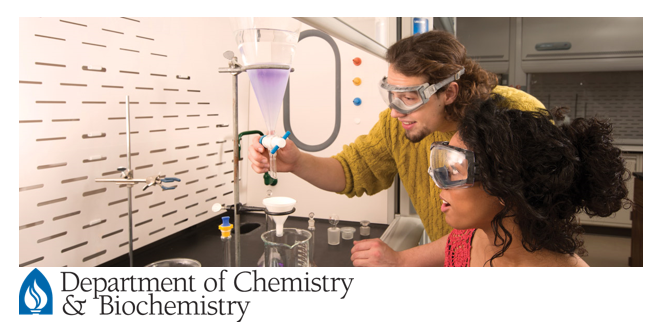 Hydrogen Bonding, Solvent Exchange, and Coupled Proton and Electron Transfer in the Oxidation and Reduction of Redox-Active Tyrosine YZ in Mn-Depleted Core Complexes of Photosystem II

The redox-active tyrosines, YZ and YD, of Photosystem II are oxidized by P680+ to the neutral tyrosyl radical. This oxidation thus involves the transfer of the phenolic proton as well as an electron. It has recently been proposed that tyrosine YZ might replace the lost proton by abstraction of a hydrogen atom or a proton from a water molecule bound to the manganese cluster, thereby increasing the driving force for water oxidation. To compare and contrast with the intact system, we examine here, in a simplified Mn-depleted PSII core complex, isolated from a site-directed mutant of Synechocystis PCC 6803 lacking YD, the role of proton transfer in the oxidation and reduction of YZ. We show how the oxidation and reduction rates for YZ, the deuterium isotope effect on these rates, and the YZ• − YZ difference spectra all depend on pH (from 5.5 to 9.5). This simplified system allows examination of electron-transfer processes over a broader range of pH than is possible with the intact system and with more tractable rates. The kinetic isotope effect for the oxidation of P680+ by YZ is maximal at pH 7.0 (3.64). It decreases to lower pH as charge recombination, which shows no deuterium isotope, starts to become competitive with YZ oxidation. To higher pH, YZ becomes increasingly deprotonated to form the tyrosinate, the oxidation of which at pH 9.5 becomes extremely rapid (1260 ms-1) and no longer limited by proton transfer. These observations point to a mechanism for the oxidation of YZ in which the tyrosinate is the species from which the electron occurs even at lower pH. The kinetics of oxidation of YZ show elements of rate limitation by both proton and electron transfer, with the former dominating at low pH and the latter at high pH. The proton-transfer limitation of YZ oxidation at low pH is best explained by a gated mechanism in which YZ and the acceptor of the phenolic proton need to form an electron/proton-transfer competent complex in competition with other hydrogen-bonding interactions that each have with neighboring residues. In contrast, the reduction of YZ• appears not to be limited by proton transfer between pH 5.5 and 9.5. We also compare, in Mn-depleted Synechocystis PSII core complexes, YZ and YD with respect to solvent accessibility by detection of the deuterium isotope effect for YZ oxidation and by 2H ESEEM measurement of hydrogen-bond exchange. Upon incubation of H2O-prepared PSII core complexes in D2O, the phenolic proton of YZ is exchanged for a deuterium in less than 2 min as opposed to a t1/2 of about 9 h for YD. In addition, we show that YD• is coordinated by two hydrogen bonds. YZ• shows more disordered hydrogen bonding, reflecting inhomogeneity at the site. With 2H ESEEM modulation comparable to that of YD•, YZ• would appear to be coordinated by two hydrogen bonds in a significant fraction of the centers. 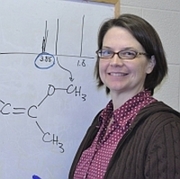 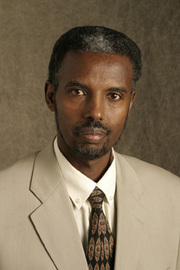 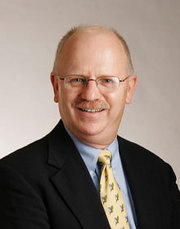